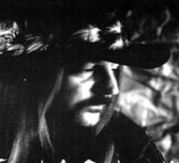 Jay Gordon grew up in Chicago, the center of the blues world. Throughout his career, Jay Gordon has become famous for his slashing guitar solos, his passionate vocals, and his dedication to the blues. While his inspirations have included Buddy Guy, Johnny Winter, Jimi Hendrix and Stevie Ray Vaughan, he does not sound like any of his predecessors and has long had his own distinctive voice. Never interested in merely recreating the past, Jay has moved the blues forward to the 21st century, infusing the music with the fire and power of rock while carving out his own place in the music world.
Gordon has recorded 17 CDs, his latest cd in 2019 Slide Rules received world wide air play.  headlined his own European tours and gained a worldwide reputation.
He was one of 50 guitarists picked by Eric Clapton (who was very impressed after hearing one of Jay's CDs) to perform at the 2004 Crossroads Guitar Festival.
Jay has played and opened up for many famous artist, such as, Johnny Winter, Eric Clapton, ZZ Top, Lynyrd Skynyrd, Paul Rogers, and Bad Co., 38 Special, BB King, Def Leopard, Buddy Guy, Albert Collins, Montgomery Gentry and many more. Jay also played to 250,000 screaming fans at Sturgis, S.D. several times.
HIS SONGS ARE ON TOUCH TUNES JUKE BOXES, ACROSS THE USA.
Jay Gordon has been featured on nationally syndicated radio program, Blues Deluxe. "Jay Gordon and his band are one of our favorite ways to rock the blues!" said Dave Johnson, host of BLUES DELUXE - which is heard weekly on over 100 stations across the U.S. with a two million-plus listenership. Jay's music is also featured on SiriusXM® Radio, Electric Blues Radio, and hundreds of other stations worldwide.
Jay Gordon the legendary blues rock guitarist was one of the Judges at the 2010 and again 2011 Guitar Center's "King of the Blues contest"
Jay also recorded with the Texas Guitar legend Phillip Walker,
Jay Gordon received the REAL BLUES ANNUAL AWARD, Canada for Best Blues/Rock Guitarist 2001, 2003  and 2006.
2007 Annual South Bay Music Awards Jay won best Blues Band.
2009 Annual South Bay Music Awards Jay won Guitarist of the year. His signature song "Fire & Brimstone  Boogie" was one of the hits of the evening.
2012 The 22nd Annual Los Angeles Music Awards
Jay Gordon was presented his Nomination for "Americana, Blues, Roots Artist of the Year" from Al Bowman Saturday Night March 10, 2012 at the Hollywood, CA. House of Blues.
Jay and his band Blues Venom have also been Nominated for "Rock Album of the Year and Show Case Artist."
Jay won the 2012 LAMA Award for Show Case Artist of the Year.
Jay also received the 2012 LAMA Producers Choice Award for Guitarist of the year.
Best Blues/Rock release on foreign label/ 10th annual Canadian Real Blues Awards.
His bassist Sharon Butcher received the 2012 LAMA Producers Choice Award for Bassist of the year.
She also won the 2009 Annual South Bay Music Awards for Bassist of the year.

Jay had two featured songs ( Black Top Alley and Stringstalkin) in a major motion picture "My Brother's War"  produced by James Brolin.
Jay co-wrote with Keven Kern and played on the first three episodes of "Nightmare on Elm Street" the TV series.
Jay’s songs are used by A&E reality show, "Parking Wars 2008 and 2009 seasons. "Fire & Brimstone Boogie" on episode 21, "Driving Me Wild" on episode 26 & 29, "My Heart Is Heavy" on episode 34 and "Lost In Time" on episode 35.